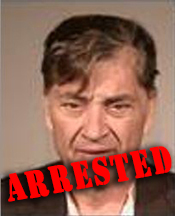 Investigators believe that Koke, who does not have a California contractor’s license, targeted survivors of the North Bay Fires in fall 2017 who opted-out of the government debris removal program. He then allegedly took large sums of money – in the range of $15,000 to $20,000 – and failed to complete work on at least one property. Others may have prevented him from completing once they found out he was operating illegally. In one other case it’s alleged Koke took a $15,000 down payment and performed no work. CSLB issued a Consumer Alert on Koke’s activities in February 2018.

Earlier, Koke was convicted of multiple felonies in Wilmington, North Carolina including a 2018 case where he was found guilty of insurance fraud and obtaining property by false pretenses and sentenced to two consecutive 11 to 23-month sentences and supervised probation for three years.

A warrant for Koke’s arrest was issued on May 9, 2019. He was arrested in North Carolina in August 2019, extradited to California on September 23, 2019, and will be tried in Sonoma County Superior Court.