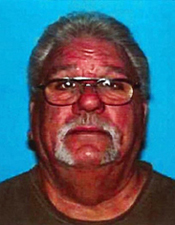 Bennett has been convicted of contracting without a license on two previous occasions. The first was in 1985; the second in 2003. A new arrest warrant was issued in San Diego County on August 7, 2013. It is based on ten charges, including six felonies.

In the first case, a consumer contracted with Bennett for a new landscape, including concrete, an outdoor kitchen and barbeque. The contract price was $13,200.

After the consumer paid Bennett $12,550 of the price, Bennett abandoned the project, leaving it unfinished. A CSLB industry expert examined the work done and determined that the cost to correct and complete the project would be $28,889.

In the second case, Bennett entered into a contract with a consumer to build a sunroom. The contract total was $19,967. Bennett got the consumer to pay deposits totaling $13,200, but abandoned the job without doing anything more than taking some measurements.