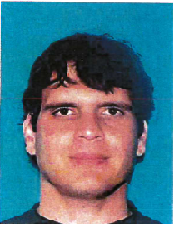 Lubovich is accused of scamming at least three Alameda County homeowners out of tens of thousands of dollars.

One of the residents, an elderly victim, claims they paid Lubovich $19,050 from a $10,895 contract for an incomplete project. Alameda deputies say Lubovich would call and harass the elderly homeowner for payments prior to work being performed.

Another elderly homeowner allegedly paid Lubovich $72,000 for a project valued at $9,750 and was harassed for payments in a similar fashion.

Alameda deputies claim Lubovich would receive payments under his name instead of his company’s name and use the funds for overseas purchases.

Alameda County District Attorney’s Office issued an arrest warrant for Lubovich in January 2020 for an 11-count felony indictment for all three victims with bail set at $250,000.

Alameda deputies now believe Lubovich may have fled the Bay Area to Europe.