SACRAMENTO - The Contractors State License Board (CSLB) is warning consumers in the northern Sacramento Valley and throughout Northern California to watch out for door-to-door scammers as many homeowners shelter-in-place and practice social distancing safety measures. Earlier this month, Butte County Sheriff's deputies arrested three suspects from the United Kingdom who deputies say were targeting seniors in a paving scam.

Butte deputies say the scammers followed a common scenario used by transient criminals who travel from out of state to try and scam Californians. These three allegedly claimed they were working for a paving company named "A-1 Asphalt Company" and had leftover materials from another project and would give homeowners a great deal to sealcoat their asphalt driveway. Then the suspects would perform substandard or unfinished work and ask for more cash from the victim than originally promised.

Deputies think the suspects targeted seniors in Chico, Magalia and Oroville. Contractors State License Board's Statewide Investigative Fraud Team (SWIFT) says the suspects are also linked to more victims in the Shasta and Tehama counties. CSLB warns consumers to be aware of anyone trying to sell their services door-to-door, or by saying they've got leftover materials. Transient criminals often move around in large groups, so it's likely these aren't the only ones targeting homeowners through the northern Sacramento Valley right now.

Seniors should be especially careful, as they are often targeted in door-to-door scams. Many suspects also strong-arm unsuspecting seniors to go to the bank and take out money to pay them. Also be aware if vehicles are unmarked, and have out of state license plates, especially plates from the East Coast or a long distance from California. 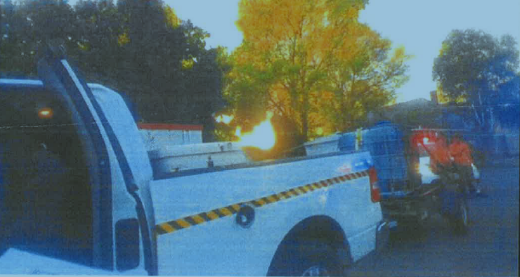 In California, it's illegal for an unlicensed person to bid for or perform any home improvement valued at $500 or more in combined labor and material costs. "Many consumers are forced to stay at home during this health emergency and scammers are trying to take advantage," said CSLB Registrar David Fogt. "Consumers need to remember that they need to check for a California contractor's license before hiring anyone to do home improvement work over $500. Don't get tricked into a one-time only deal."

Patrick Connors, 18, and two other suspects face charges of grand theft, elder abuse, and contracting without a license (Business and Professions Code (BPC) §7028). 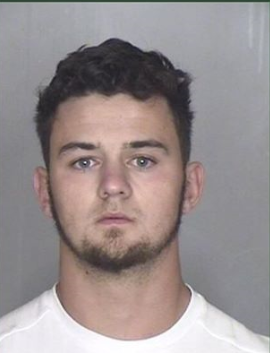 Patrick Connors, 18, and two other suspects face charges of grand theft, elder abuse, and contracting without a license (Business and Professions Code (BPC) §7028).

Before hiring a contractor, consumers should perform an "Instant License Check" on the CSLB website. This feature allows homeowners to search by license number, name, or business name to find individual contractor pages that show if the contractor's license is active and in good standing. The page also lists bond and workers' compensation insurance information. Workers' compensation insurance is required if the contractor has any employees.

When hiring a contractor, consumers should also remember:

Butte County says the investigation is ongoing and more arrests are anticipated. If you have any information, call the Sheriff's Office at (530) 538-7671 or the Contractors State License Board's Statewide Investigative Fraud Team at (916) 255-2924.

The Contractors State License Board operates under the umbrella of the California Department of Consumer Affairs. CSLB licenses and regulates almost 290,000 contractors in California and is regarded as one of the leading consumer protection agencies in the United States. In fiscal year 2018-2019, CSLB helped recover over $49 million in ordered restitution for consumers.

You can now follow @CSLBnews on Twitter to receive all official press releases from Contractors State License Board.